“So Jonah went out of the city and sat on the east side of the city. There he made himself a shelter and sat under it in the shade, till he might see what would become of the city.”

I encourage you to read Jonah 3:10-4:4 here before considering our portion of Scripture for today.

Today’s verse has a few verbs that help us to see a plan of action on the part of Jonah. Going back to Jonah 1:3, we would see Jonah, in response to God’s call, as he “arose to flee to Tarshish from the presence of the LORD. He went down to Joppa, and found a ship going to Tarshish; so he paid the fare, and went down into it, to go with them to Tarshish from the presence of the LORD.” There is still a running parallel between Jonah 1 and Jonah 4, and the parallel is that Jonah is acting quite the same again. Rather than running from the Ninevites, now he is moving away from the city with the hopes that he had in chapter one.

In Jonah 1:3, part of the goal, other than running away, may very well have been the possibility that God was going to bring wrath on those people if nothing was done. Jonah was called to preach to them about the destruction God would bring; this doesn’t necessitate that the judgment wouldn’t have come without the message’s proclamation.

Now, in Jonah 4:5, there are still signs that Jonah may yet be waiting for that wrath to still come after the message. Imagine preaching salvation but hoping people rejected it and went to Hell; this might capture some of the heart of the verse. There are many ways that Jonah may have hoped for the Ninevites to incur the wrath of God, whether that be avoiding the warning, hoping for no response, or lastly, hoping God might still “let them have it.”

What does this speak to in the book of Jonah that we need to hear in ourselves as well? One of the primary challenges here is to let it go. If that Frozen song just played in your head, come on back to the devotional. 🙂  Seriously, holding on to all of the past, the wrongs, even if it was all true and very unjust, bitterness is no way forward to peace in God.

We should always stop and ask, but rarely ever do, where the end goal is for harboring negative thoughts towards others and refusing to let things go. We should also consider what God wants for us, and how He feels about the attitudes we accommodate in our hearts. The justification we give ourselves for not letting go of pain, disrespect, defamation and so forth are also something we must consider in the way it is affecting good relationships, too.

We will all be wronged by someone, perhaps many times, and that is never easy. We may move into circumstances that completely side-swipe us, sometimes quite literally. The Devil would love to maximize the effects of the wrong or the pain, sustaining the hurt and compounding the problem, inevitably trying to keep us trapped in the moment and leaving us quite ineffective.

Rather than be on board with God, Jonah refused to share God’s enthusiasm over the Ninevites’ repentance. He refused to share God’s quickness to be merciful. Don’t be the like the kid who reluctantly obeyed his parents by sitting down after being told twenty times to sit, only to blurt out, “But I’m still standing on the inside!”

This isn’t about us and “them,” but us and God. In fact, if you still struggle with getting over something, I encourage you to shift your focus away from the person, people or event, and to think about moving forward with God instead. When we get stuck in bitterness towards others, we often forget that we inevitably stall in our relationship with God, too. We may convince ourselves that this just isn’t true, but consider Jesus’ words in Matthew 5:23-24: “Therefore if you bring your gift to the altar, and there remember that your brother has something against you,leave your gift there before the altar, and go your way. First be reconciled to your brother, and then come and offer your gift.” What will it take to be at peace with Him: joyful, content, unburdened by the nagging thoughts of the past?

A former teacher recently told me something very helpful: people often like to write a narrative in their minds about heavy things they’ve gone through, and if they’ve chosen to cling to that narrative, it’s very hard to get them to change it. Personal narratives help us make sense of experiences, but they don’t necessarily tell us the truth. They may become “our truth,” but they aren’t a shared truth. Whether or not it’s immediately obvious, Jonah was carrying a narrative within himself throughout this story, and that’s why it was so hard for him to let things go that he might align with what God wanted.

Then again, it’s not just about letting things go; it’s also about embracing “the cards” that God deals to us. Those cards may seem quite unequal when compared from person to person, but in the end, it’s what we do with the cards we’re dealt and not the cards themselves. God rewards faithfulness within our sphere of life, no matter what He blesses us with or what difficulties He allows. 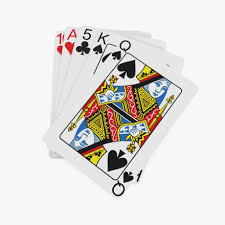 Jonah, by this point in the story, needed a mirror more than he needed to see Ninevites suffering. In fact, we might say that the Ninevites functioned as a mirror for Jonah. When God puts us around people or places that we can’t stand, the things that come out of us only reveal what’s inside of us. Most of the time, we all just hope that those kind of dynamics are few and far between, and as time continues, nothing more than a fading memory. Does it occur to us, though, that the sinful responses within Jonah might have moved him to avoid the Ninevites as much as possible, too?

Placing the burden on the Ninevites for their sin was one thing; placing the burden of Jonah’s bitterness on them was another. While we may not be responsible for the wrongs we incur, we are responsible for how we handle our response. Sadly, we may feel that both what happened to us and how we responded are indeed someone else’s fault, but there’s no way out of the rut that this creates until we own up to the responsibility of our own response.

Only Jonah could carry the burden of his own bitterness, and so too is it the case for us. Just like we can’t squeeze water from a dry sponge, we also can’t get bitterness out of a heart where it’s not. I recently heard a preacher say that COVID revealed problems that already existed in places like the church; it certainly didn’t create them.

A hard realization in life, often neglected, is that God often exposes what’s already within our hearts. A woman walking with her son through the city many years ago was caught off guard when a drunk man came stumbling out of a bar, cursing up a storm and throwing an absolute fit before he collapsed on the ground. The boy, taken aback by this sight, looked quizzically at the mother, who then said to the son, “Son, nothing coming out of this man wasn’t in him already.”

As we close, let’s look at our verse one more time: “So Jonah went out of the city and sat on the east side of the city. There he made himself a shelter and sat under it in the shade, till he might see what would become of the city.” Now let’s ask ourselves this: how are we responding to what God allows to happen to us, and how God may choose to respond to the things that happen to us? That’s what we have to wrestle with. None of us have handled things flawlessly, but thank God that He’s a God of grace and a God who is deeply invested in changing us for the better. We do best to not limit His ability to transform ourselves or others, because who we are or who someone else is (or was) may not be who they are as time progresses. Let me put two small passages here to illustrate just that from Scripture:

37 Now Barnabas was determined to take with them John called Mark.
38 But Paul insisted that they should not take with them the one who had departed from them in Pamphylia, and had not gone with them to the work.
39 Then the contention became so sharp that they parted from one another. And so Barnabas took Mark and sailed to Cyprus;
40 but Paul chose Silas and departed, being commended by the brethren to the grace of God.
(Acts 15:37-40 )

Sometimes the problem is really found in the disbelief of what God can do in people over time. A younger person may be discounted because of their inexperience or ineptitude, but given time may prove to be quite useful in certain places where they fumbled around before. Those who discounted them early on may never know what potential was there for judging them only for what they were, not for what they could be.

The book of Jonah ends a bit on that kind of difference of judgment; God knew what He could do, and Jonah had judged the people of Nineveh unworthy of mercy and practically incapable of turning around. That, though, is what the Gospel does in people. The Gospel rests in God’s power to forgive, the power to change, and the power to use people however He may please. Let’s praise Him for that!

Thank you for your time. May God bless you in the reading of His word and the consideration of how it may be applied to our lives.