4 And Jonah began to enter into the city a day’s journey, and he cried, and said, Yet forty days, and Nineveh shall be overthrown.

5 So the people of Nineveh believed God, and proclaimed a fast, and put on sackcloth, from the greatest of them even to the least of them.

6 For word came unto the king of Nineveh, and he arose from his throne, and he laid his robe from him, and covered him with sackcloth, and sat in ashes.

7 And he caused it to be proclaimed and published through Nineveh by the decree of the king and his nobles, saying, Let neither man nor beast, herd nor flock, taste any thing: let them not feed, nor drink water:

8 But let man and beast be covered with sackcloth, and cry mightily unto God: yea, let them turn every one from his evil way, and from the violence that is in their hands.

9 Who can tell if God will turn and repent, and turn away from his fierce anger, that we perish not?

10 And God saw their works, that they turned from their evil way; and God repented of the evil, that he had said that he would do unto them; and he did it not.

Solomon writes in Psalm 127:1, “Unless the Lord builds the house, they labor in vain who build it; unless the Lord guards the city, the watchman stays awake in vain.” 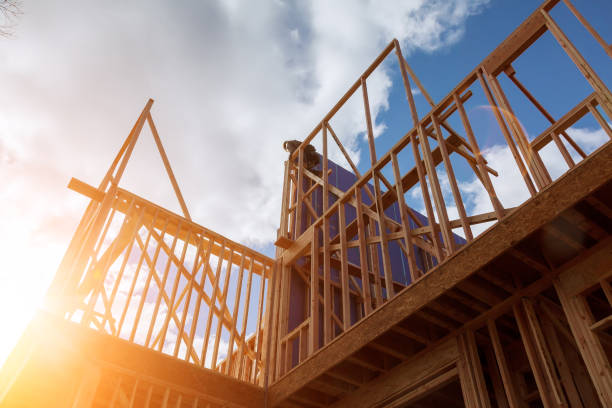 Jesus is quoted in John 6:44 as saying, “No one can come to Me unless the Father who sent Medraws him; and I will raise him up at the last day.”

All of these references are but a few of the many verses highlighting the preceding work of God in the decisions of men, namely in those choosing to seek Him, repent before Him, and follow Him in faith.

Jonah 3:4-10 should strike intrigue in the reader, for what guarantee had Jonah that he would not die in attempting to call the Ninevites to repentance or that they would ever respond positively to the message? A fascinating passage indeed, for God was calling Jonah into a work He was already doing. Don’t make the mistake of thinking that this repentance process began at the words of Jonah; no, he was entering into obedience by proclamation over a matter that God had been working in these people, and because of that, it may very well appear that a monumental task took but the slightest of efforts to cause national repentance. (Consider Jesus’ conversation with the disciples in John 4:35-39).

God called Jonah to preach a message, which he truly struggled over, but the work that took place was not because of Jonah’s persuasiveness. Some have speculated that Jonah may have looked quite disfigured by the gastric juices of the fish he “camped out in” for three nights and that this caused incredible stir among the Ninevites. In many ways, it is a moot point because the repentance we see taking place here can only come if God is in it, whether Jonah looked like a fish’s leftovers or a model.

Ministry in any context might be best illustrated by the act of building a stack of wood made ready for a fire. We may preach, teach, exemplify, serve, etc., but when it comes to the work of God in the hearts of others, only God can bring the fire. The “wood” matters because it’s what He works with, but the fire can only come from Him.

In the last part of Jesus’ parable about the rich man and Lazarus, a powerful point is made in the same vein of the wood and the fire:

“Then he said, ‘I beg you therefore, father, that you would send him to my father’s house, for I have five brothers, that he may testify to them, lest they also come to this place of torment.’ Abraham said to him, ‘They have Moses and the prophets; let them hear them.’ And he said, ‘No, father Abraham; but if one goes to them from the dead, they will repent.’ But he said to him, ‘If they do not hear Moses and the prophets, neither will they be persuaded though one rise from the dead.’ ” (Luke 16:27-31)

Jesus’ point here is that if people will not hear the word of God (Old Testament being referred to), they will not listen to someone even if they were to come back from the dead, as extravagant and eye-catching as that might seem. Why is this? It is because God must be at work in the heart, for the heart of a sinner if left to themselves will never choose faith.

The repentance we observe in Jonah 3:4-10 is a repentance of godly sorrow; it is concerned with God’s defamation and it is godly, too, because it is a repentance that God has worked within them. The Ninevites from greatest to least were convinced of their wrongfulness, God’s righteousness, and their unworthiness before Him; therefore, they sorrowed before Him over their sins. It was not a given that God would relent from His wrath against them, but they concluded that He might do so if He so desired. What does this mean but that they did not show sorrow in hopes of simply dodging a bullet.

You see, worldly sorrow is only a manipulation tactic meant to prolong one’s agendas and ambitions; it does not truly care about the sin as much as avoiding the consequences. This, too, shows that consequences have unfortunately been learned in the wrong light, being that consequences are actually grace themselves meant to keep us from worse ends (see how Paul describes it here). If we only see consequence as punishment, we fail to see that many times over we as sinful humans bear the responsibility of the pain over which we cry and that God is kind and merciful should we seek Him out.

Praise God when repentance is truly expressed. Praise Him when sorrow is felt over offending Him and not just an expression intended to garner pity with the hopes of avoiding certain consequences. Praise God when people who may have strongly opposed Him, even in very gross ways like the Ninevites of Jonah’s day, turn from their sin and seek His mercy and favor as they realize that they are doomed without it. Pray that many more people would come to know and experience true repentance before Him in our times as well.  There is so much to learn from the book of Jonah, and I hope you’ll give it the time necessary to draw out the many insights that can be found in this small Old Testament book.

Thanks for your time if you read this, and I truly hope this finds you well. The next couple of weeks will be down time for these devotionals as my family gets away, but we will be up and running right away when we get back.  Take care.

Blessings in the Lord Jesus Christ,

Find Joy in Your Faith